I don’t know about you, but Friday couldn’t get here soon enough! TGIF, people! Not gonna lie, we already started celebrating by going to Moontime for dollar beer night yesterday.

The Great American Trailer Park, the Musical
Join the Lake City Playhouse cast for this comical look into all that is trailer park life.

Hope you all have a fantastic weekend!

Congrats to good ‘ol Coeur d’Alene and Sandpoint for ranking #1 and #4 in the World Property Channel’s Top 10 Mountain Towns in America. We were the only towns from the northwest other than Bend, Oregon to make the list.

This image was found at: http://www.highfivetothat.wordpress.com

I’m proud of our little mountain towns. Because Cd’A is getting so much bigger, I may have swapped the two – I think Sandpoint might fit the criteria a little better. Either way it’s great publicity for our area and I hope we continue to be recognized for our beautiful towns and friendly people.

Then April better make up for it. And according to the Farmer’s Almanac, it will. I’m definitely looking forward to warm sunny days. Spring is on its way. I took Juneau for a run yesterday and she was getting pretty warm by the time we got home. I think she’s one of the few who’s sad to see the snow melt.

Hard to believe another ski season has come and is now waving goodbye in slow motion from the back of its parent’s station wagon… wait I think that was a scene from My Dog Skip or something.

Any-who, I’m embarrassed to say I only made it up to the hill once this year. It was my first time to Schweitzer since middle school or high school and it was much cooler than I remember. But so expensive – but so worth it. It’s quite the conundrum.

A few weeks back we went up for their Winter Carnival with some friends. We stayed in Sandpoint at the Edgewater Resort with Clarissa and Eric, and then met up with the rest of the gang the next day for some fun on the slopes. As it turns out (despite its expensive normal day passes) Schweitzer has some great Sunday deals for beginners such as myself.  Turns out they have what’s call “Sunday Solution” where you can ski the beginners chair for free all day if you get your ticket online. They have some other great rates too, but that particular rate (or non-rate) is such a great deal! I’ve been trying to master the art of carving since I started snowboarding back in high school. Turns out all I needed was a day by myself on the bunny hill to boost my confidence. Success!

Clarissa and Eric had a successful weekend as well. Eric hadn’t been up skiing in about 15 years and this was Clarissa’s first time ever. They took a lesson and overall had a good experience. Eric was up and going again in no time and Clarissa said she’s excited to take a few more lessons.

It was a cloudy and windy day, but even that couldn’t ruin the view.

Kyle, Hilary, Mike, Megan, and Dylan (plus a few others) all headed up to the larger runs and said they were able to find some pretty good snow. I wish we had gone a day or two later though because Schweitzer got hit with almost a foot the days after we left. Dang.

All the mountains are starting to advertise their spring rates and passes for 2015. I might be done for the year but I know a lot of people like the wet springtime snow. I think I still fall too much and would end up soaking wet. But if that’s your thing, now’s the time to start hunting for the best deals.

Hope you all are enjoying the weekend! It’s been a lazy one for us and I couldn’t be happier about that.

I put quotes around weekend because, really, this extends back to last Thursday. It should extend all the way back to last weekend, but we’ll save that for another day. Perhaps Thursday…

Is it just me or has the past couple of weeks been a little nuts? We’ve been go, go, go (for a lot of good reasons) and finding time to pop in and give you an update is few and far between. I hope you all have been having as much fun as us! Here’s what we’ve been up to.

Megan scored free tickets to a concert in Sandpoint at the Panida Theater. So after work Thursday we headed up north, despite the snow, and found ourselves quite comfy at MickDuff’s (any surprise there?) chatting with the bar tender, eating wings (which had the best BBQ sauce I’ve ever had) and drinking a couple beers. A great start to our “almost weekend.”

My fav? The Knot Head Black and Tan. Yum!

After filling up on wings and beer, we headed over to the theater. I had never heard of the artist – Ani DiFranco – but I was pleasantly surprised. She reminded me of a Natalie Imbruglia or Lisa Loeb. One of those strong, female singer-songwriters of the 90’s. Dylan said she sounded a little “man-hating” in some of her songs.

The music was fantastic, though, and her guitar skills were impressive. So often when I go to shows, artists can either play or sing, but rarely at the same time and almost never with this much skill. Her lyrics are clever and her banter witty. It was a great show and I’m so thankful Megan asked me to go with her.

What made the show even better was the audience. She had some real followers there and actually interacted with them during the show – allowing them to make requests and ask questions. The best audience member was about four rows in front of us – we now refer to him as Namaste Clap-clap Guy. He really had a great groove going. I think I might steal some of his moves.

On Friday Kyle and I were going on a little date up to the Porch in Hayden. A friend said they had ribs as their special and they’re the best ribs ever. Megan admitted to being a Porch virgin so of course we brought her and Dylan along with us to share in the gloriousness of the best ribs ever.

Only there were no ribs. None. Know why? The rotating specials switch on Thursday. Not Friday or Saturday like Nick told us. Thursday.

Disappointment filled us all. But dinner was still amazing as always, I got my staple cranberry salad and everyone else was happy with their dinners as well. Still delicious. Still fun.

Just as an FYI, you can check out the rotating specials of any Porch-Moon Time pub family restaurants at www.wedonthaveone.com. I will be checking this from now on as to avoid any future disappointments. *cough cough* Nick *cough*

To cap off our weekend, we made a trip to REI on Sunday to get Kyle some snowshoes and Junebug some doggy booties. Please excuse the poor video quality and demon eyes. I promise my dog isn’t possessed.

It was a very successful trip. Every time we go I’m more thankful that there isn’t one in Cd’A. We’d be broke.

Hope your week is off to a great start! I have an official winner for the new Stuck in North Idaho logo and will be introducing it THIS WEEKEND! Woot woot!

I had to include the disclaimer just so I don’t get bombarded by emails and nasty comments. I asked for suggestions so you can’t complain if you didn’t respond. Lawyered! (Any other HIMYM fans out there?)

Last week I told you North Idaho is one of the most romantic spots in the world. And I firmly believe that. So as promised, I compiled my Top 5 Most Romantic Spots in North Idaho (please keep in mind these will mostly be in Cd’A and this list is not all-inclusive and they are in no particular order).

1. Tubbs Hill – Whether you’re at the top looking out at the city or down on the beach cuddling up by the lake, this is the epitome of a high school “make-out point” (or like-name) scenario. It’s the best way to feel away from it all but still be right in the middle of town.

2. Beverly’s – You will rarely hear me boast about the Resort, and that’s mostly because It’s so overdone. However, if you’re looking for an intimate date night go to Beverly’s on a Friday or Saturday night and sit in the bar. There’s beautiful views of the lake, the lights are very dim and there’s a great guitar player that takes requests. Sip on a glass of wine or order the coffee service. You won’t be disappointed.

3. Green Bay – No, I don’t mean the football team. Green Bay on Lake Pend d’Oreille is incredibly secluded and beautiful. It has rocky shores with a few campsites and gorgeous views. Google it, check it out. I dare ya.

4. Silver Mountain – Silver Mountain holds a special place in my heart. I’m sure I’ve told you the story before, but it’s where Kyle proposed to me (the day after Valentine’s Day actually). So every time we go up there it’s a little reminder of that special day.

5. Local eateries – This is incredibly vague. I know. But science shows that humans love food and associate positive feelings with eating. So of course it’s easy to set the mood with a little low lighting and deliciousness! My suggestions? Fire, Tony’s, Seasons, Bardenay and the Porch top my list for around the Cd’A/Hayden area. Bon Appetit!

Here’s another little Valentine nugget for you:

After my comment in my last romance post about the “I Saw You” section of the Inlander, I picked up this week’s issue and noticed they have stories about successful romances that started there! Had to share :) 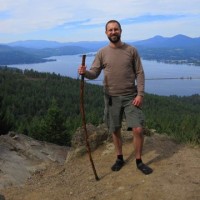 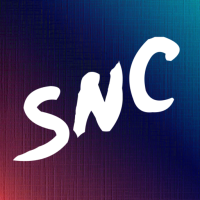 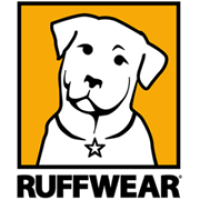 Every dog is an explorer.